Meet the speakers who took to the stage for TEDxKinjarling 2022. 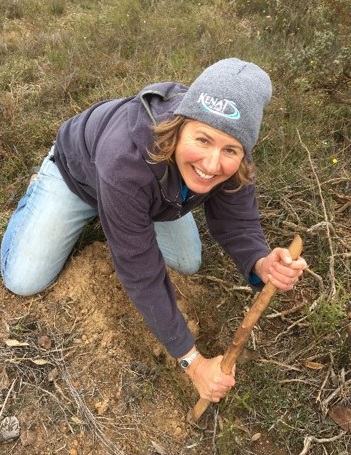 Alison Lullfitz grew up on Wudjari/Goreng Country of south coastal Western Australia. She only began to appreciate the millennia of human experiences intrinsic to the landscapes of her childhood as an adult. She grew up on a farm in a conservation-minded family in a region world-renowned for its biological richness, which led her to a career in biological conservation. The early years of her career were spent working in environmental management within the mining sector, but the early 2000s saw a shift to roles in community organisations.

In 2009 Alison returned to her beloved south coast with her husband and children. They have settled into a passive, off-grid home in Goreng Country. She completed a PhD in 2019, collaborating with Noongar Elders to explore how traditional cultural activities have influenced floristic diversity and patterns in South-Western Australia. The project included field-based research that combined the traditional knowledge of Noongar Elders and contemporary botanical survey, plant genetics and ecological experiments. Now based at UWA Albany in Kinjarling she continues to conduct Elder-led cross-cultural research and teach in conservation biology and ethnobiology. 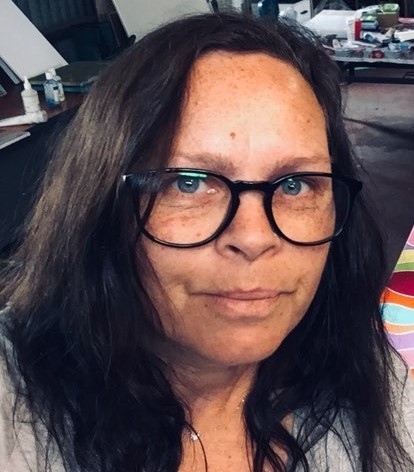 Shandell Cummings is a Mirninger woman and has traditional connection to the south coast of WA extending from Denmark in the West to Israelite Bay in the East.

Shandell is a First Nation independent artist and consultant who specialises in First Nation visual art, culture and heritage, maintaining traditional ecological knowledge processes with a love of plants and their uses and the environment that we are a part of.

Recently graduating from UWA Albany Campus with a double major in Anthropology and Sociology and Indigenous Knowledge, Heritage and History, she is keen to explore and support First Nation communities to capture their knowledge and protect it for future generations. 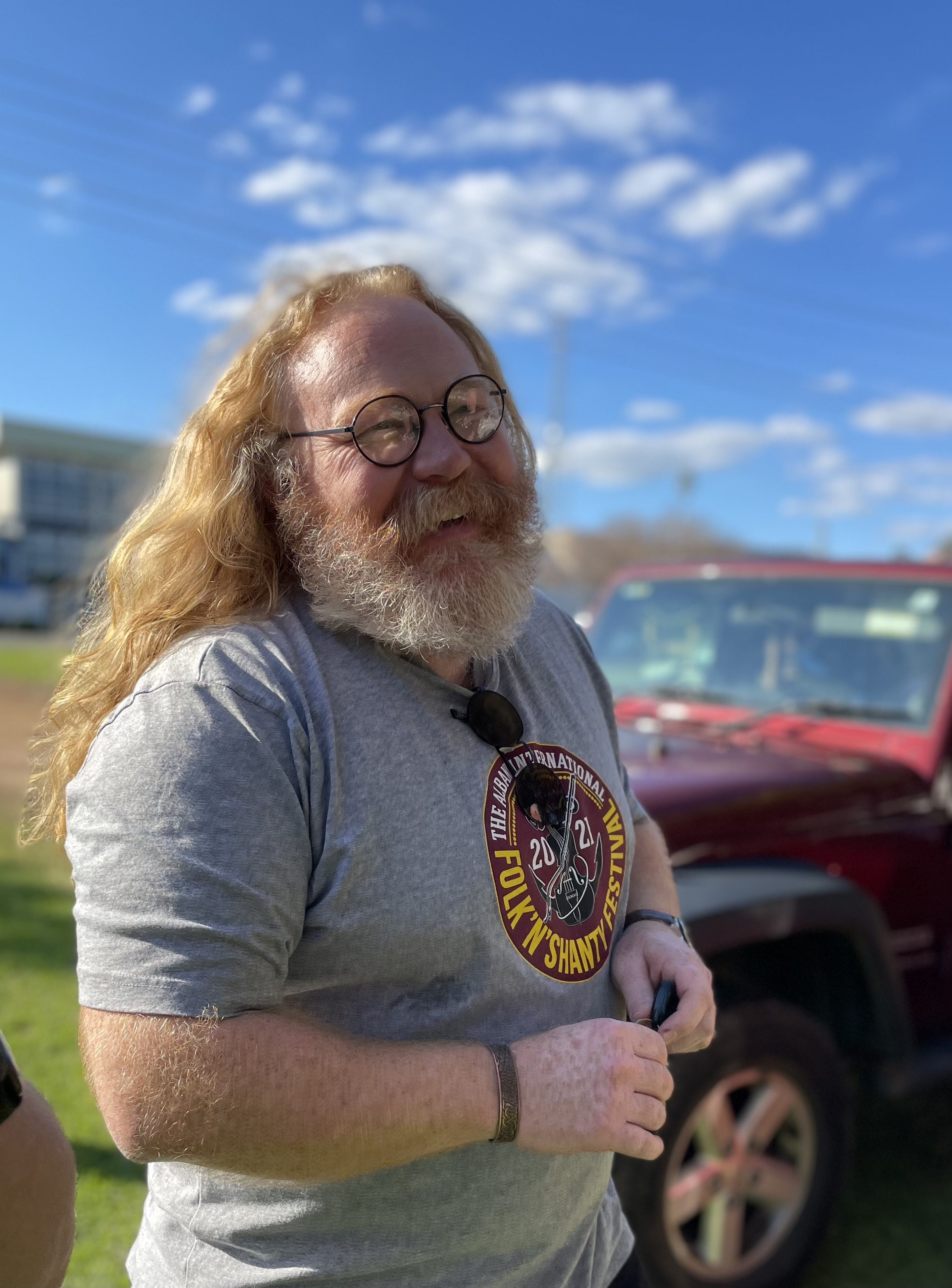 Gary Greenwald was born and raised in East Anglia in the United Kingdom.

Gary comes from a family steeped in maritime history. His childhood home was decorated with pictures of tall-ships and he grew up surrounded by the rivers and lakes of Norfolk, meaning he spent much of his childhood afloat. As a boy, he worked weekends in boatyards and bought his first boat when he was thirteen.

Aged 18, he commenced his training as a mental health nurse. For many years he specialised in men’s mental health. This included developing a deep understanding of the links between mental health, wellbeing and lifestyle.

Gary has held a variety of senior clinical, managerial and academic posts. Gary has attained his Master of Science with distinction in Mental Health Nursing at the University of East Anglia. He is an AHPRA endorsed Nurse Practitioner. 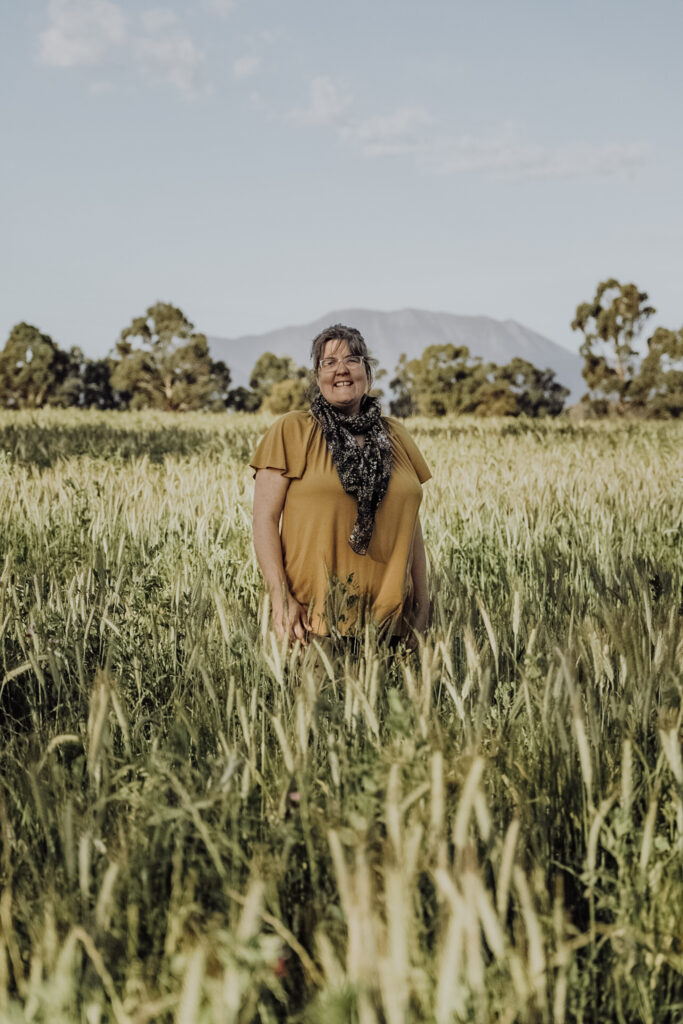 Penny Goodwin is a non-traditional farmer in many ways. Originally from Birmingham in the United Kingdom with a background in business administration, Penny has been in rural Western Australia for the last 14  years.

A passionate community member and volunteer, Penny loves connecting with people and being part of a thriving community. Over the last few years Penny and her husband Dale have been slowly implementing new ideas and changing their farming practices.

Penny is passionate about being a part of local food systems. Penny regularly attends local community markets at the Kendenup Town Hall and at Denmark’s Golden Hill Steiner School Hall with her Kendenup Farm Produce. Penny is a committee member of the Kwoorabup  Community Markets Association Inc and loves being part of the ever expanding markets and the opportunities they bring for small business owners and the community as a whole. 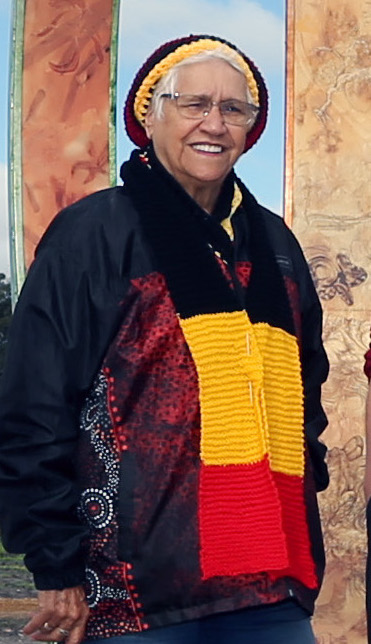 Carol Pettersen, a Menang/Gnudju woman from Albany, is world travelled and has presented papers on Indigenous landcare practices in Canada, Alaska and Indonesia.

She is a Noongar advocate and leader involved in social justice and economic well-being issues for First Nations Peoples on local, state, national and international platforms over the past 45 years in areas of Indigenous land rights, women’s welfare, government social system evaluation, government ministerial appointments and volunteering.

Carol has a strong unionist and public service background which gave her an understanding of dealing with government and bureaucratic systems, working as Principle Advisor to the Western Australian Premiers on the Equal Opportunity Act 1984, through policy development for Affirmative Action Women.

Carol has a passion for writing and documenting traditional lived experiences for written, visual and audio preservation.

Her passion for her First Nations people sees her still working in retirement to ensure that important stories are told and honoured. 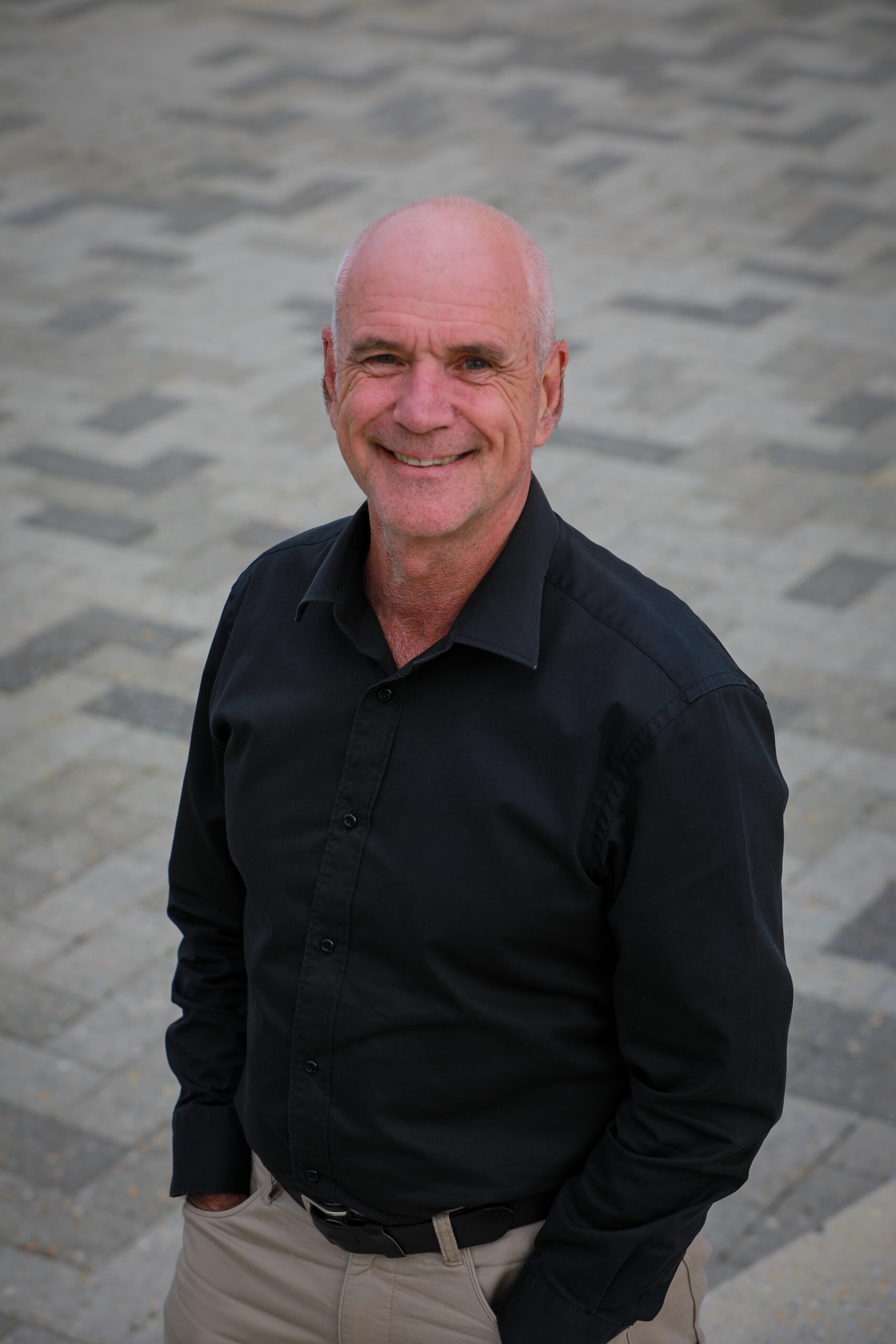 Ian was born and bred in the suburbs of Melbourne, Victoria.

He bludged his way through school and, surprisingly, ended up with a place at the business school at the Royal Melbourne Institute of Technology.

After a few years travelling Australia with his family, Ian settled in Albany, Western Australia. Upon recovering from a debilitating illness in 2015 he accepted a leadership role with Pivot, a not-for-profit organisation providing services to released prisoners and other disadvantaged cohorts in the community.

Ian has become a passionate advocate for justice reform. He believes this passion is in his blood and often feels that he is channelling his father who was a great role model, dedicated to community service. 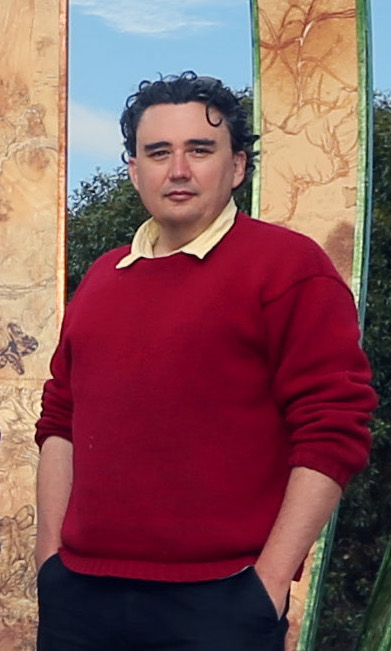 With a focus on creating art about the ecology, geology and deep time history of natural systems, Ben has completed over 35 artist residency projects across Australia and abroad. In 2015 Ben launched the science communication website www.sciart.com.au.

In 1995 he commenced a project intended to visualise the Tree of Life and resolve the riddle of how all individual lives could be visualised as one connected life through heredity. Genestreams has now become a comprehensive toolkit for exploring life within the Tree of Life in new and innovative ways. The Genestreams toolkit is being applied to online learning, teaching and public art with designs in place to move into gaming and social networking. 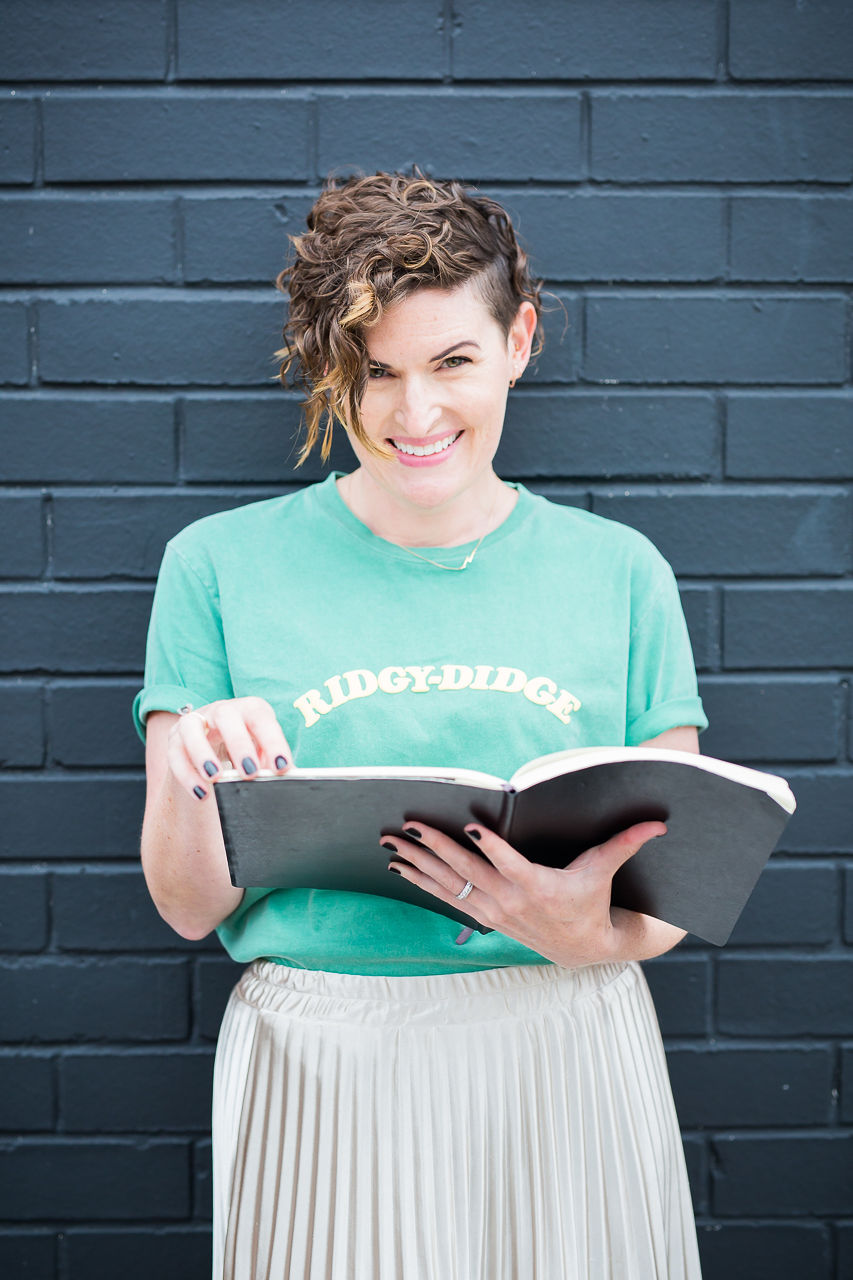 Martha Barnard-Rae writes clear, convincing words for exacting humans. As a copywriter and owner of Word Candy, she specialises in personality and values-driven SEO copywriting for outside-the-box brands. Martha’s words live on the websites, blogs, videos, and emails of businesses all over Australia.

As a card-carrying Millennial, her career has evolved. But English teaching, corporate training, and copywriting are rooted in clear, engaging communication. Martha is a communicator through and through — and has always had a deep respect for the power of words.

This Canadian transplant is a life-long sun chaser. A voracious reader. An extroverted-extrovert with a penchant for social justice chats. She’s wife to a darling husband, mum to two lovely boys — and a sore loser of board games.

When Martha’s not crafting delicious words, you’ll find her walking two giant pooches, obsessing over her latest hobby, or wrapped around a cup of tea, planning her next Instagram reel. 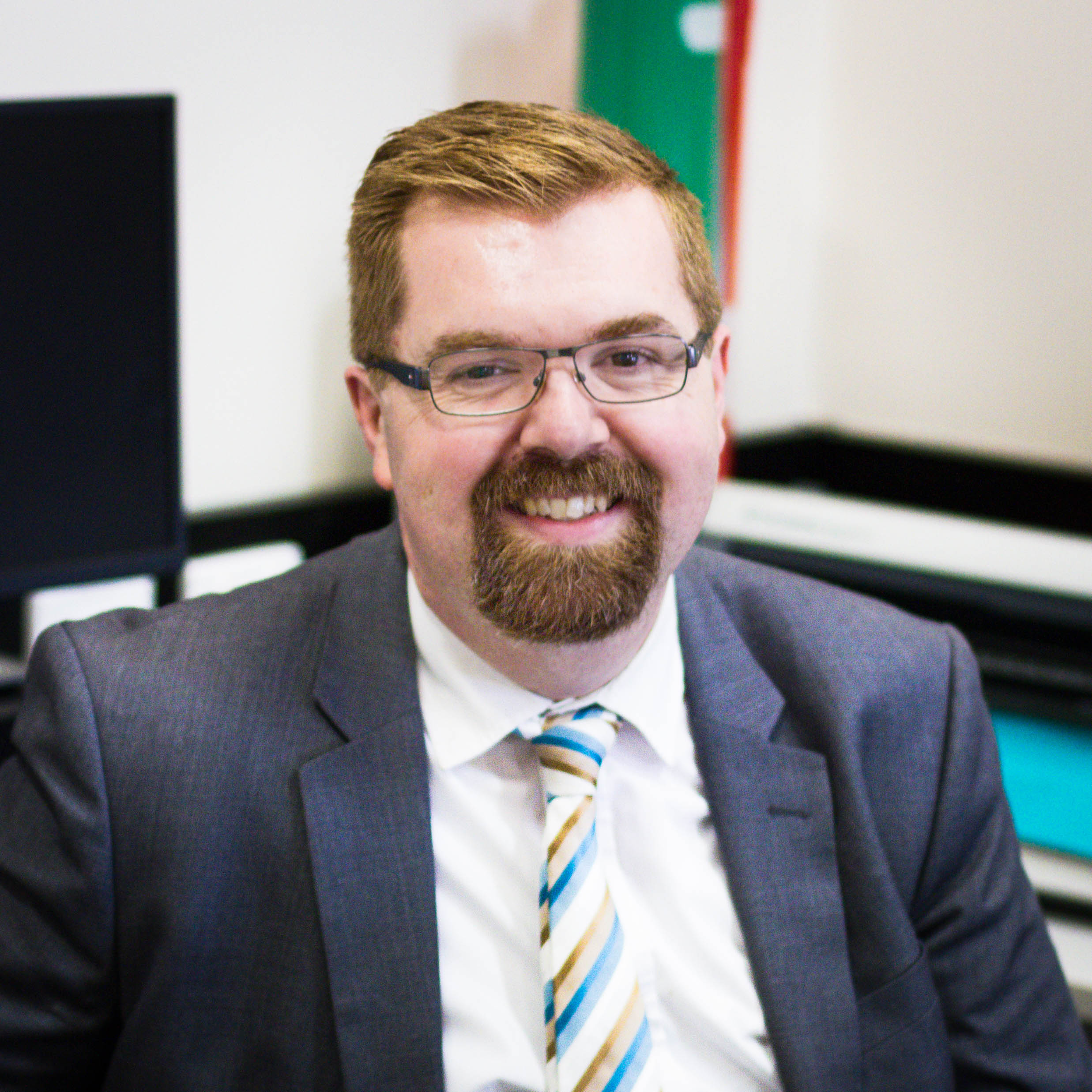 Kieran Bailey is an educator based in the Great Southern. He is a teacher and the Head of IT at Great Southern Grammar and is currently preparing to research the impacts of game-based learning in the classroom through Murdoch University.

Kieran is passionate about education and technology and is motivated by seeing the change from innovative and exciting classrooms and how we think about school.

His experience in game-based learning, including contributing to the Minecraft Education community as a Global Mentor, influences his practice.

Outside of education, he enjoys spending time with his family exploring the stunning Great Southern, reading a good book, or catching up on the latest Australian politics podcast.

In the spirit of ideas worth spreading, TED has created a program called TEDx. TEDx is a program of local, self-organized events that bring people together to share a TED-like experience. Our event is called TEDxKinjarling, where x = independently organized TED event. At our TEDxKinjarling event, TED Talks video and live speakers will combine to spark deep discussion and connection in a small group. The TED Conference provides general guidance for the TEDx program, but individual TEDx events, including ours, are self-organized.

This independent TEDx event is operated under license from TED.